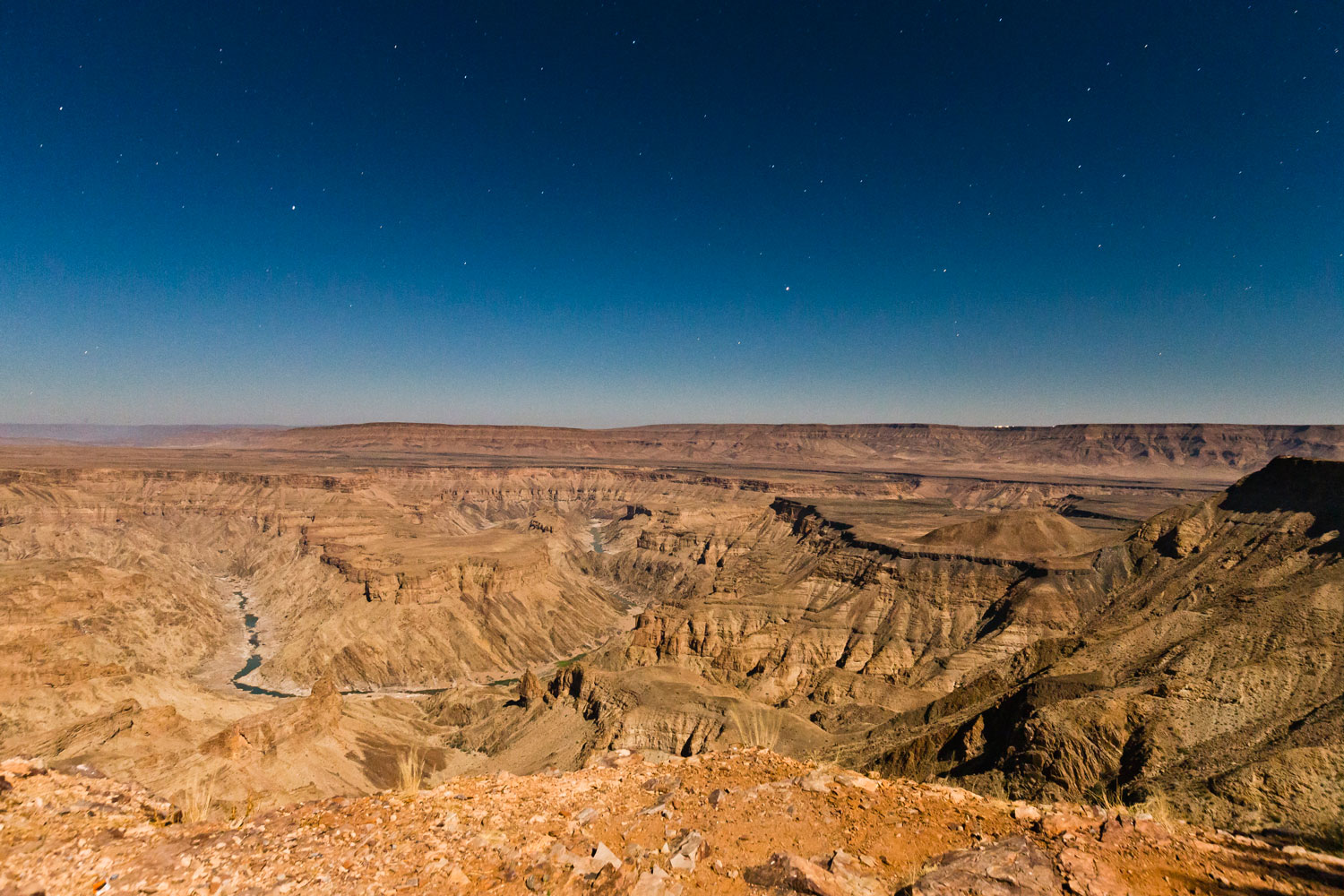 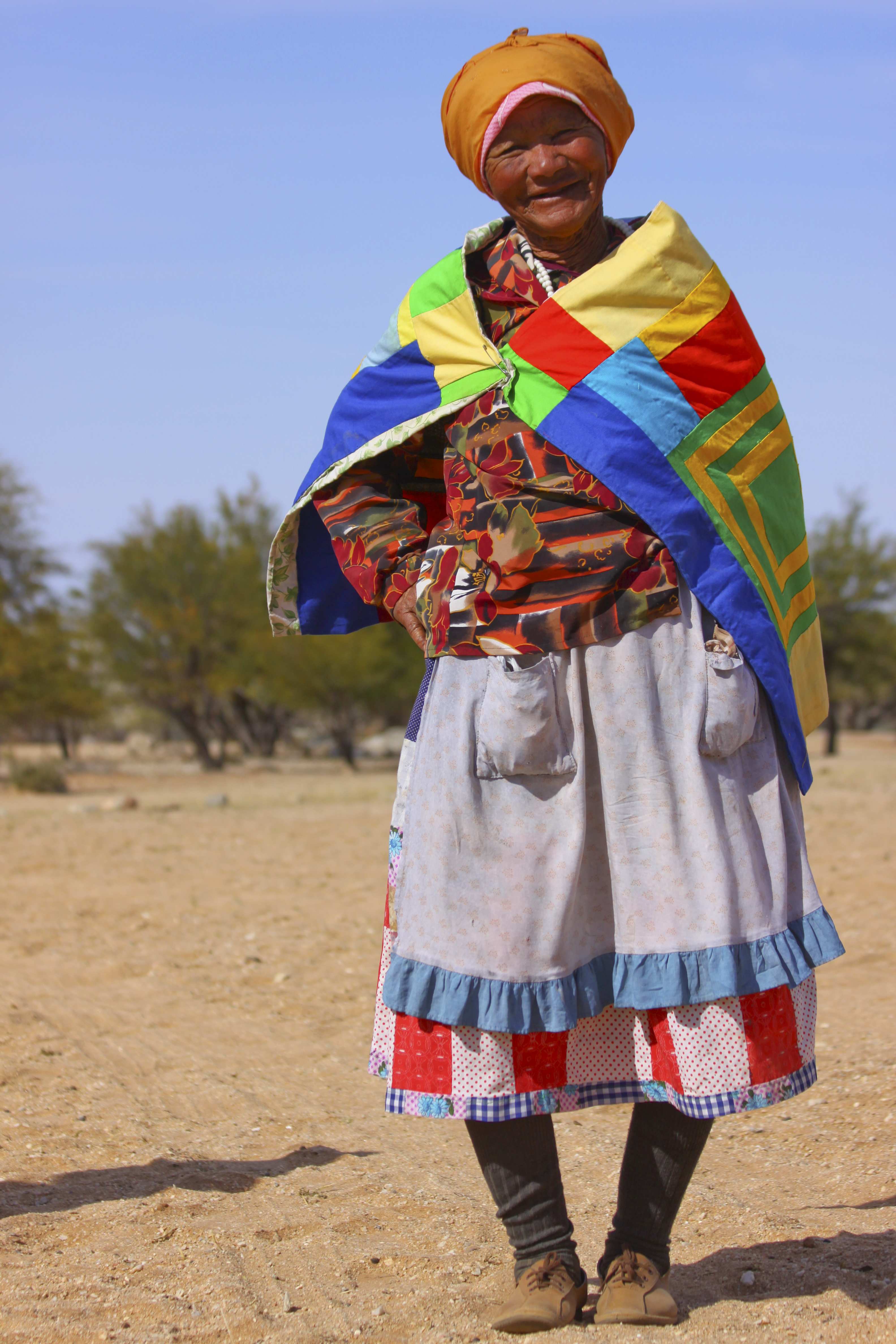 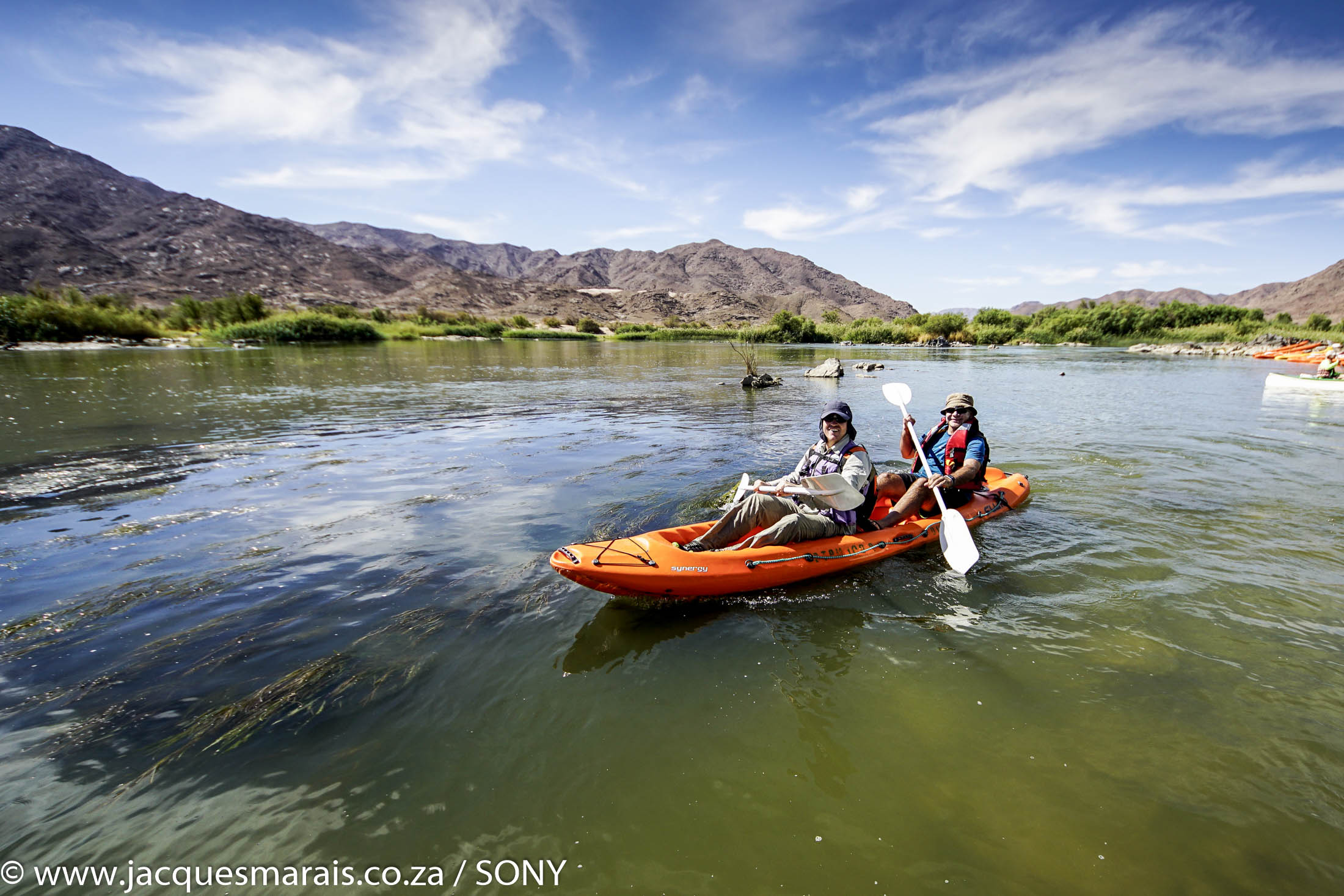 /Ai/Ais meaning ‘burning water’ bringing to mind the Transfrontier Park’s hot springs and hinting at the soul of this arid environment. A true desert wonderland, this stark desert landscape hosts a number of natural gems including natural springs, lava rock formations, and scorching sweeps of desert. Nestled among this harsh environment in vivid patches of green and blue, is an abundance of plant life – a full third of all succulent plant species in the world. Here, life seems more vibrant because of the very nature of the desert environment within which it thrives.

The /Ai/Ais-Richtersveld Transfrontier Park (ARTP) measures 5,920 km² and spans some of the most spectacular arid and desert mountain scenery in southern Africa. It includes the /Ai/Ais Hot Springs Game Park in Namibia and the Richtersveld National Park and Richtersveld World Heritage Site in South Africa. There are plans underway to incorporate one of the newest National Parks (NP) in Namibia. The Spergebiet NP is a desert area encompasses 26 000 km² that was closed to the public for nearly a century due to diamond mining activities.  The Transfrontier Park is renowned as a biodiversity hotspot and boasts some of the richest succulent flora in the world. It also features the world’s second largest canyon, the Fish River Canyon, which zigzags between spectacular cliffs characteristic of the desert landscape.

An MOU was signed by Namibia and South Africa in 2001, after which the international Treaty formally established the ARTP on 1 August 2013.  Joint activities between the Namibian and South African components of the ARTP started in 2010, including joint patrols by park managers and the introduction of a border permit. The permit allows officials from both countries to easily cross the border while on duty within the boundaries of the ARTP. With cross-border operations well in hand and successful, the attention turned to increasing visitor numbers to the ARTP. This is being realised by developing unique cross-border tourism products.

The 350 million year old and erosion-rich Orange River gorge that separates Namibia and South Africa abounds with history, folklore and grandeur. Animal paintings are found in caves, some estimated as being over 25 000 years old.  ARTP is part of the succulent karoo biome which has the richest succulent flora in the world harboring about one-third of the world’s approximately 10 000 succulent species, with new species being discovered on an ongoing basis.  The ARTP is one of only two entirely arid ecosystems hotspots.

Sparse rainfall occurs in winter due to passing cold fronts falling as light mist, with an annual rainfall of between 50 - 100 mm. The only permanent source of water is the Orange River. Two trees are particularly associated with the ARTP: the bastard quiver tree, Aloe pillansii, and the half-mens (halfhuman), Pachypodium namaquanum, which the Namas people revere as embodiments of their ancestors, half human, half plant, mourning their ancient Namibian home. The Orange River mouth is a wetland of international importance and designated as a Ramsar Wetland Site. Wildlife found in the area is adapted to withstand the arid climate, with many species concentrated in the denser vegetation around the Orange River. The ARTP harbors 56 species of mammals, including six species endemic to the southern African sub-region and at least 194 species of birds. The programme by South African National Parks (SANParks) to re-introduce wildlife to the ARTP started in 2007, when they brought in 40 gemsbok and 80 springbok. Leopard, caracal, brown hyena and black-backed jackal are some of the predators found in the area. The only breeding pair of augur buzzards in the region nest on the high cliffs. Jackal buzzards and African fish eagle are other common raptor species to see.

The /Ai/Ais-Richtersveld Transfrontier Park is one of the last areas preserving the Nama people’s traditional lifestyle of nomadic pastoralism. This Richtersveld NP is a contractual park which means that the land belongs to the community and managed by the government agency SANParks on behalf of these communities. While some community members continue to reside in the park and are entitled to graze a total of 6000 head of livestock, the majority choose to live in four settlements adjacent to Richtersveld National Park.

After the Governments of Namibia and South Africa signed the international treaty in 2013 they established a joint management board.  The board includes community representatives, ensuring joint-decision making and benefit sharing in the ARTP.

One of the highlights that ARTP offers is the jointly managed pontoon across the Orange River in Sendlingsdrift. This infrastructural gem has greatly improved the access for tourists to the ARTP and resulted in increasing visitor numbers to the parks.

Based on a joint operation strategy and a tourism development strategy, several tourism initiatives are developed and jointly managed by the Transfrontier Park, including a range of facilities and adventure tourism initiatives. The Desert Knights Cycling Tour that started in 2010 is now a permanent fixture on the calendar of events for mountain bike enthusiasts’ from all over the world. The cross-border adventure combines five days of cycling, some of it at night under full moon, and one day of canoeing on the Orange River. A team of approximately 70 community support staff ensures that the tour runs smoothly – from the camp set-up and breakdown, to the provision of catering in the camps and along the cycling route. The tour runs twice a year during full moon in April and September.

In addition to the Desert Knight Cycling tour, in 2015 the ARTP management launched the Desert Kayak Trails. This adrenaline pumping five day kayak trail was an obvious tourism product to pursue as the two National Parks in the TP are divided by the magnificent Orange River. Tourists already visiting the park in 4x4 adventures were simply missing an opportunity to enjoy the river safely. Since safety is of paramount importance, river guides from the host communities underwent stringent training with the African Paddling Association to ensure the highest level of qualification and accreditation in the development of this new product.

Richtersveld WildrunTM, an epic trail run, is yet another adventure tourism product in the ARTP. Revenues of the cross-border tourism products are used by the joint management board to support conservation and community development initiatives on both sides of the border.