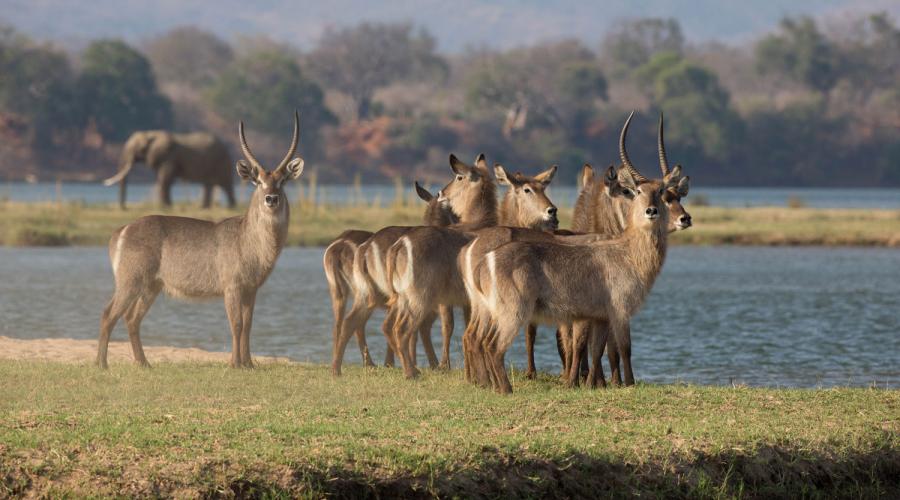 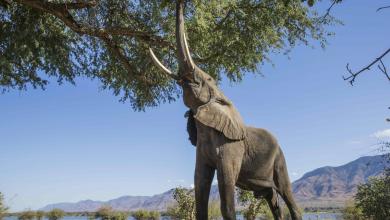 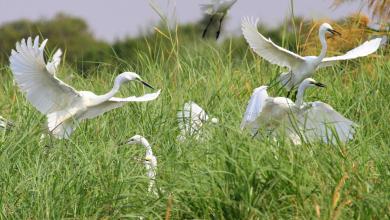 A landscape strewn with the cast-off remnants of a ponderous river that left behind Mana, ‘four’, orphan pools as it strove for increasing speeds in its race to reach the ocean. The Lower Zambezi – Mana Pools TFCA is a lush gem of woodlands and moist riverine life, dressed in green, blue and brown.

In northern Zimbabwe, the Mana Pools National Park has the mighty Zambezi River separating it from Zambia’s Lower Zambezi National Park. The Lower Zambezi Mana Pools TFCA measures 17,745 km² and lies in the Zambezi Valley, below the Kariba Dam; wildlife used it as a thoroughfare between the escarpment and the Zambezi River since the dawn of time. In Zambia the TFCA is composed of the Lower Zambezi National Park and several game management areas. On the Zimbabwean side it encompasses Mana Pools National Park and the Sapi and Hurungwe communal areas, which incorporate Chewore and Marongora safari areas. In Zimbabwe the TFCA also encompasses river frontage, floodplains, islands, sandbanks and pools.

Mana Pools National Parks was recognized as a UNESCO World Heritage Site in 1984 based on its wildness and beauty. The pools so characteristic of the area are designated as a Ramsar Wetland Site.

The supporting documentation, preparatory work and draft MOU is ready for the the Governments of Zambia and Zimbabwe to formalise the TFCA.

The TFCA falls in the dry woodland and moist woodland biomes, offering lush, vivid landscapes. There are four permanent pools in Mana Pools National Park which are the remnant ox-bow lakes that the Zambezi River carved out thousands of years ago as it changed its course. With six kilometres in length the Long Pool is the largest of the four pools and has an impressive population of hippo and crocodile.

With wet hot summers and dry temperate winters, this TFCA is great for game viewing. The mean annual rainfall is approximately 700mm with an average annual temperature of around 25°C. Mana Pools National Park has a large flood plain on the lower Zambezi. During the rainy season the river flows, turning the area into a broad expanse of lakes. The river banks are flanked by forests of mahogany, wild figs, ebonies and baobab while the flood plain is fringed with mopane forest. The vegetation changes to open woodlands on the old river terraces and hills that form the backdrop to the National Park. As the lakes gradually dry up and recede towards the dry season, the region attracts many large animals in search of water, making it one of Africa’s most renowned game viewing regions. There is a wide range of large mammals including very high concentrations of elephant, buffalo, hippo and crocodile. The area also attracts predators like lion, leopard, spotted hyena, cheetah and wild dog. The floodplain boasts over 450 bird species and a diversity of aquatic wildlife.

On the Zambian side, communities live outside the National Park but within the game management areas. Most community livelihoods on the Zambian side also revolve around farming and fishing from the Zambezi River which borders Zambia and Zimbabwe. They engage in wildlife conservation through established community structures called Community Resources Boards. The Zambian National Park has a village scout programme where scouts are recruited, trained and equipped to patrol and protect the Lower Zambezi’s wildlife and deter illegal activity. This programme trained and employed young women and men in the adjacent communities. An  international NGO has now established a community programme providing assistance with a variety of activities, including human-wildlife conflict patrols, elephant-behaviour workshops and a chilli-farming project as a mitigation method to deter elephants.

Chewore and Marongora safari areas in Zimbabwe engage the communities through the Communal Areas Management Programme for Indigenous Resources (CAMPFIRE) programme which facilitate community beneficiation through controlled hunting. The community programmes are promising and relationships are strong between the National Park and the surrounding communities.

The popular Zambezi canoe trails provide visitors the opportunity to experience what the entire TFCA has to offer. While floating down the river between Mana Pools and Lower Zambezi National Park, the adventure seeker will experience some close-up wildlife encounters. There is a wide range of tourist facilities from lodges to communal or exclusive campsites within the boundaries of the TFCA. Tourism offerings include walking safaris, lion tracking, fishing and game drives. Notably Mana Pools National Park is one of the very few wilderness areas where visitors have the option and privilege exploring the mostly inaccessible scenery on an unguided walk.