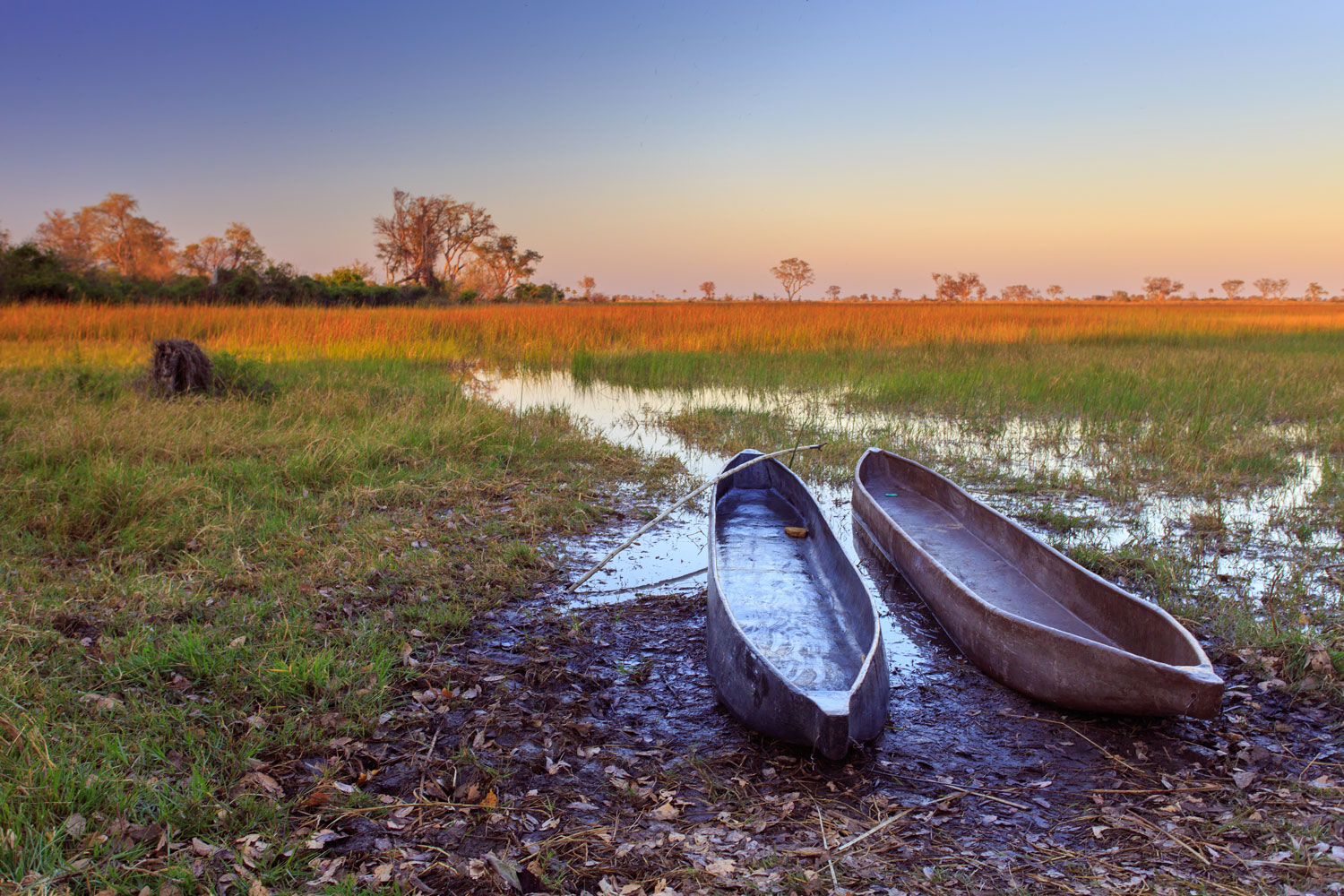 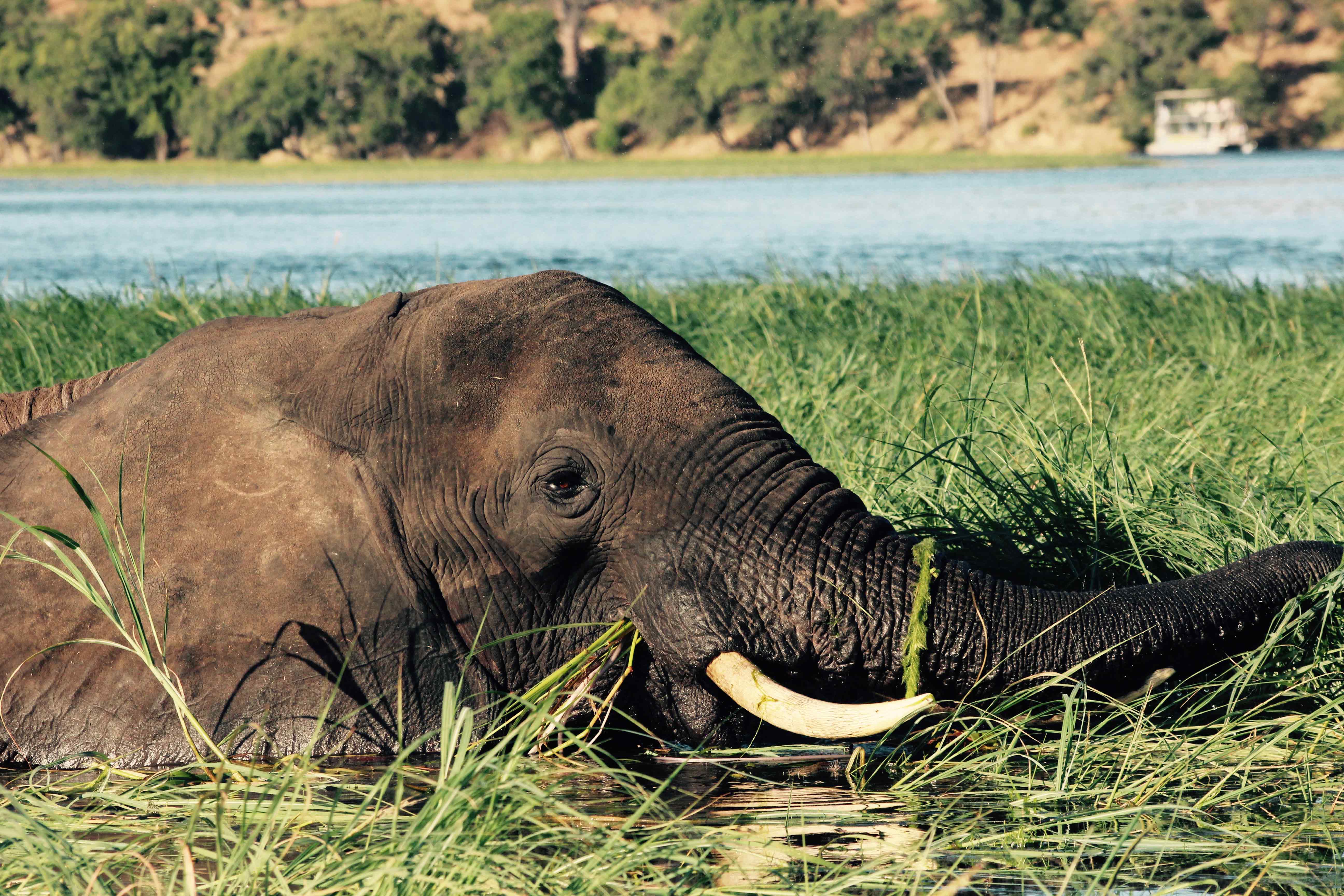 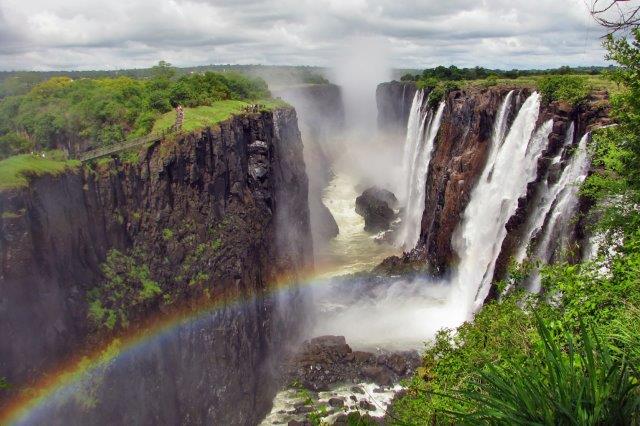 Too vast to describe with any accuracy, the sheer scope of this TFCA bewilders the mind with a range of experiences, from the Smoke-that-Thunders, the Victoria Falls, to the ‘great river’ Zambezi. Thundering waterfalls, running through wide stretches of savannah and marsh, rustling forest and woodland, and finally sluggishly ambling a thousand changing paths through the majestic Okavango Delta – these moments and more are available to the explorer of Kavango-Zambezi.

Overview of the TFCA

This expansive Kavango-Zambezi (KAZA) TFCA is the world’s largest TFCA at approximately 520,000 km2. Occupying the Okavango and Zambezi river basins, it encompasses areas within the borders of Angola, Botswana, Namibia, Zambia and Zimbabwe, and includes 36 formally proclaimed national parks and a host of game reserves, forest reserves, game management areas, communal lands and conservation and tourism concession areas designated for use of natural resources –in total, 11 categories of conservation areas participate in the TFCA. Most well-known components of the TFCA s are the Bwabwata National Park complex in the Zambezi Region (former Caprivi Strip), Chobe National Park, Hwange National Park, the Makgadikgadi Pans, the Okavango Delta and Victoria Falls.

In KAZA TFCA the five counties have created an opportunity to harmonize regional legislation towards landscape approaches to conservation and sustainable rural development. During the SADC Summit in Luanda, Angola, on 18 August 2011, the Presidents of all five KAZA countries signed a Treaty which formally established the KAZA TFCA. Shortly after on 26 August 2011 the KAZA TFCA Secretariat’s offices were officially opened, facilitating the implementation of projects and programmes in KAZA partner countries. This is the first TFCA Secretariat in the SADC Region. Major donor is the German Federal Ministry for Economic Cooperation and Development, through the German Development Bank, KfW, for which Peace Parks Foundation is the project execution agent.

The TFCA is home to the Victoria Falls, one of the Seven Natural Wonders of the World, and of two UNESCO World Heritage Sites: again Victoria Falls and the Okavango Delta. Victoria Falls presents a spectacular sight of awe-inspiring beauty and grandeur on the Zambezi River, forming the border between Zambia and Zimbabwe. The Okavango Delta is a unique permanent marshlands and seasonally flooded plains. It is the largest Ramsar Wetland Site and one of the very few major interior delta systems that do not flow into a sea or ocean, with a wetland system that is almost intact. Depending on the season, the delta covers between 6,000 and 15,000 km2 of Kalahari Desert in northern Botswana and owes its existence to the Okavango (Kavango) River. The river flows from the Angolan highlands, across Namibia’s Zambezi Region into the Kalahari Desert. The annual flooding arrives when water is most needed in the region, in the middle of the dry season. In Botswana the delta is protected by both the Moremi Game Reserve, on its eastern edge, and the numerous wildlife concessions within Ngamiland.

The scope of KAZA TFCA provides both range and opportunity for diversity of species. There are four key structural vegetation types within the TFCA including grassland, wetland, dry forest and a variety of woodland types covering the greatest portion of the area, as well as saltpans and scrublands. There are more than 3,000 plant species throughout the TFCA, of which 100 are endemic to the sub-region. The TFCA also caters to large-scale migrations of mega fauna; the TFCA contributes to the conservation of threatened species such as African wild dog, lion, cheetah, buffalo, hippopotamus, lechwe, roan, sable, eland, zebra, wildebeest, waterbuck, puku and sitatunga. Over 600 bird species have been identified, as well as 128 reptile species and 50 amphibian species.

Kavango-Zambezi TFCA hosts the largest contiguous population of African elephant on the continent, making the elephant the flagship species of the TFCA. Developing harmonised management approaches towards this species and securing movement corridors are some of the critical imminent activities of the KAZA TFCA which are expected to offer welcome alternatives to relieving high elephant population pressures in some areas.

The People of KAZA TFCA

Two million people with predominant livelihoods being pastoralism, hunting, fishing, natural resource harvesting and growing of crops reside inside the TFCA. The expansive tourism sector in the region also contributes significantly to local employment. The KAZA TFCA authorities hope to improve the socio-economic conditions of the people residing within the TFCA by routing development, tourism and conservation projects to them in line with the KAZA TFCA objectives. Communities are engaged as partners within the TFCA through comprehensive participatory planning processes. This has begun to result in conservation becoming a more locally viable land-use option. Through cultural tourism, the TFCA authorities aim to celebrate and nourish the rich cultural diversity within the area, allowing communities across borders to share their age-old knowledge and symbolic traditions with each other and the world at large.

In a major step for KAZA TFCA to become a world class tourism destination, the Governments of Zambia and Zimbabwe have launched the KAZA UniVisa, with the aim of facilitating easy movements of tourists between the two countries. It is a common tourist Visa which was piloted by Zambia and Zimbabwe for six months in 2014 following their co-hosting of the 20th session of the UN World Tourism Organization General Assembly in August 2013. During that event such a Visa facilitated the seamless border crossing of delegates between the two countries. Even though logistical difficulties still arise with the implementation this 30-day Visa, the KAZA UniVisa is intended to be rolled out to three other KAZA partner countries, further boosting regional cooperation for conservation and sustainable development. Ultimately, more countries in the SADC region are expected to join in this pioneering initiative.

To increase the tourism potential of the TFCA, the KAZA Secretariat has recently launched the Kavango Zambezi Golf Classic. This unique annual golf tournament was held for the fourth time in a row at Elephant Hills Golf Course in July 2016 and is intended to rotate within three of the five partner countries from 2017, becoming a fully-fledged cross-border tourism event.

Cooperation in the KAZA TFCA also benefited the coordinated conservation of large predators. Through a conservation alliance called the Large Carnivore Coalition several local and international NGOs are working together to help protect the TFCAs lions, leopards, cheetahs and wild dogs. All five countries are piloting shared management approaches and standards to ensure the long-term survival of these threatened apex predators by protecting and connecting core carnivore populations in KAZA.